Our team is passionate about creating memorable experiences for you on your travel to the Caucasus. We plan our tours meticulously, bringing together our individual expertise and skills so that all that's left for you to do on your journey is enjoy your time to the fullest! We are also grateful to our enthusiastic local guides, generous hosts, responsible drivers, and perfect strangers we encounter on our trips for helping us make our vision of connected people and cultures a reality every single time. 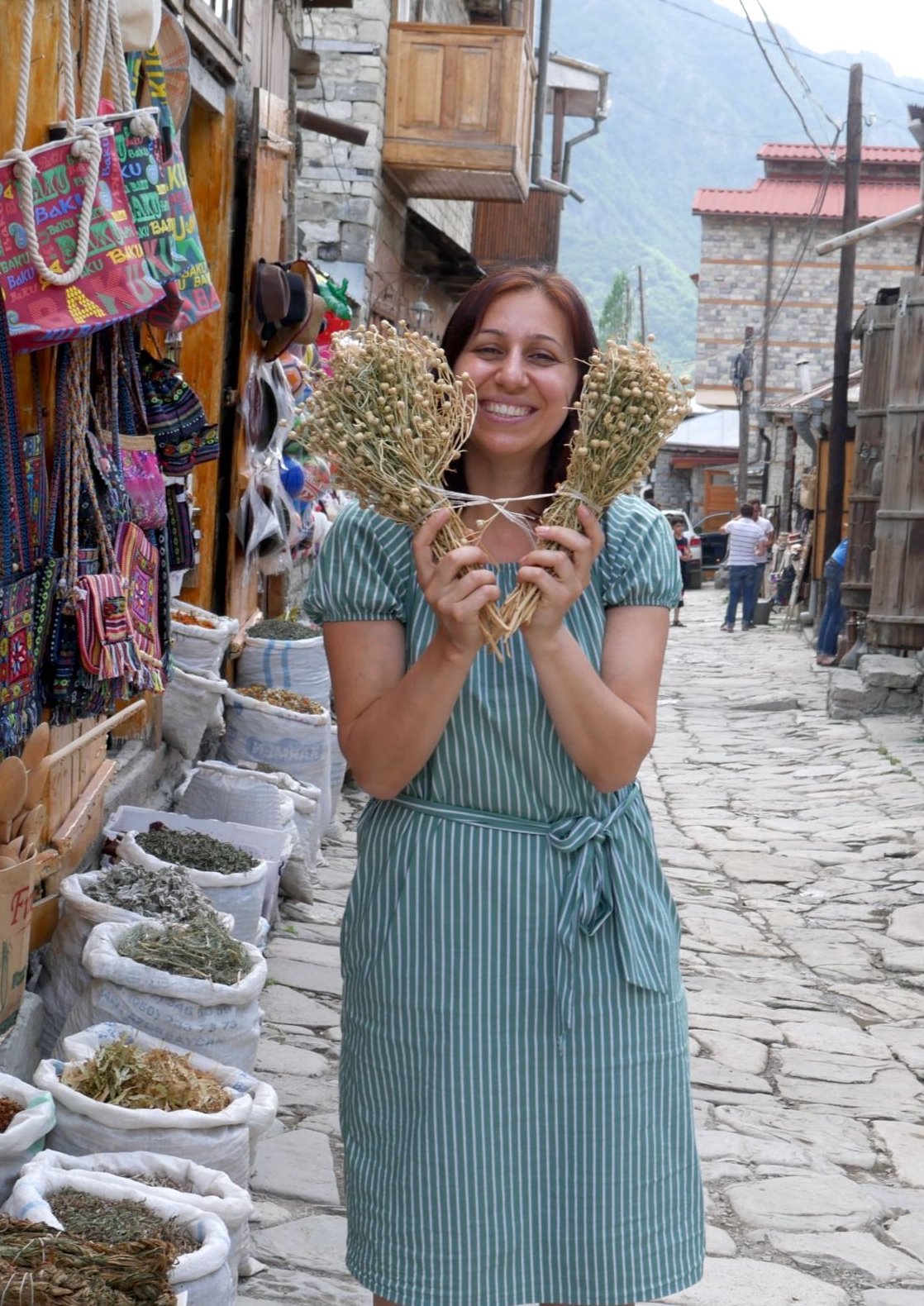 Native of Azerbaijan and Long Beach, California, resident, Feride Buyuran is on a mission to bring people together and connect cultures through food. To serve this mission, in 2018 she founded Feride Buyuran Tours and set out to design full immersion journeys to her birthplace, Azerbaijan, and neighboring Georgia. Through these unique experiences, Feride hopes to give people the gift of better understanding one another while savoring the best the region has to offer.

When she is in Azerbaijan, Feride traverses places near and far in search of new experiences to include in her next tour. Feride credits her enthusiasm to constantly research Azerbaijani culture to her very first workplace, Azerbaijan International Magazine, where she worked as an editorial assistant at the turn of the 20th century. Feride’s passion for the cuisine of her homeland has been the inspiration behind her debut book, Pomegranates and Saffron: A Culinary Journey to Azerbaijan, which has won five prestigious awards, including Gourmand Best in the World. Feride enjoys speaking on topics of food history and culture at public and private venues. Among her public speaking events are lectures at the Library of Congress in Washington, D.C., and at the Los Angeles Central Library.

Feride has a Master’s degree in English Philology from the State University of Languages in Azerbaijan and a Master’s of Business Administration from California State University, Long Beach. She is fluent in English, Azerbaijani, Russian, and Turkish languages and has a working knowledge of Spanish. Feride enjoys singing, playing guitar, and dancing Flamenco. 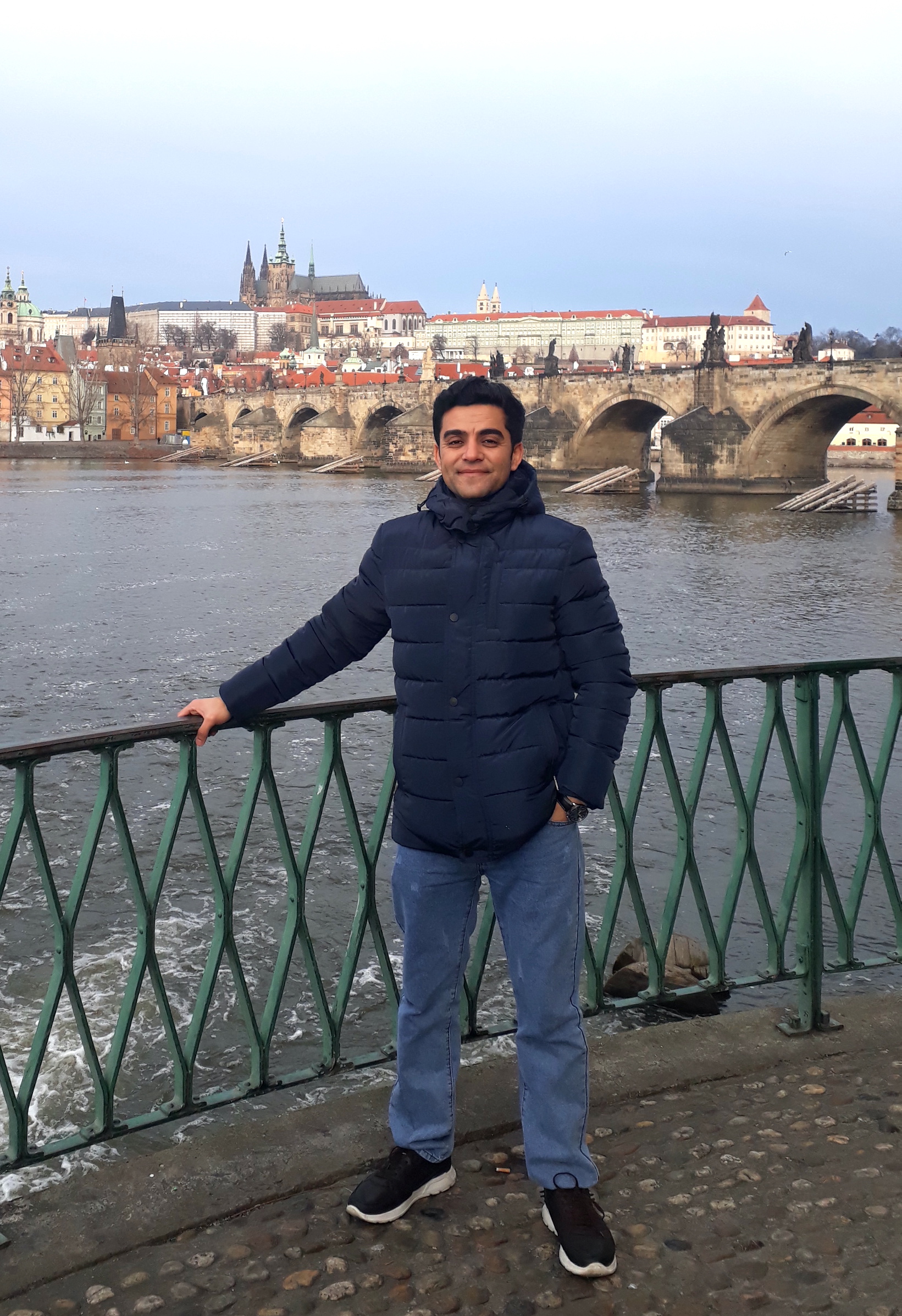 Born and raised in Baku, Azerbaijan, Ramin has worked as a professional guide since 2013. His education is in history and he holds a Master's degree in Near and Middle Eastern History from Baku State University and a Doctoral degree in History of Azerbaijan in 19th-Century English Sources from the Academy of Sciences of Azerbaijan.

His prior experience includes working as a lead researcher at Gobustan National Preserve, a historic landmark in Azerbaijan. In 2012, Ramin was selected to participate in a training program in cultural history in Washington D.C.’s Smithsonian Institution, as organized by the U.S. Department of State’s Bureau of Educational and Cultural Affairs and the American Alliance of Museums.

Ramin is an excellent guide – friendly, easy going, respectful, and knowledgeable. It is his passion for his work as a guide and his enthusiasm to continuously expand his knowledge of the region, that made Ramin a perfect match for Feride Buyuran Tours. We are thrilled to have him lead our private tours designed around various interests, including culture and history!

Besides his native Azerbaijani, Ramin is fluent in English, Russian, and Turkish. When Ramin is not leading a tour, he enjoys reading books, traveling, and learning about other cultures. 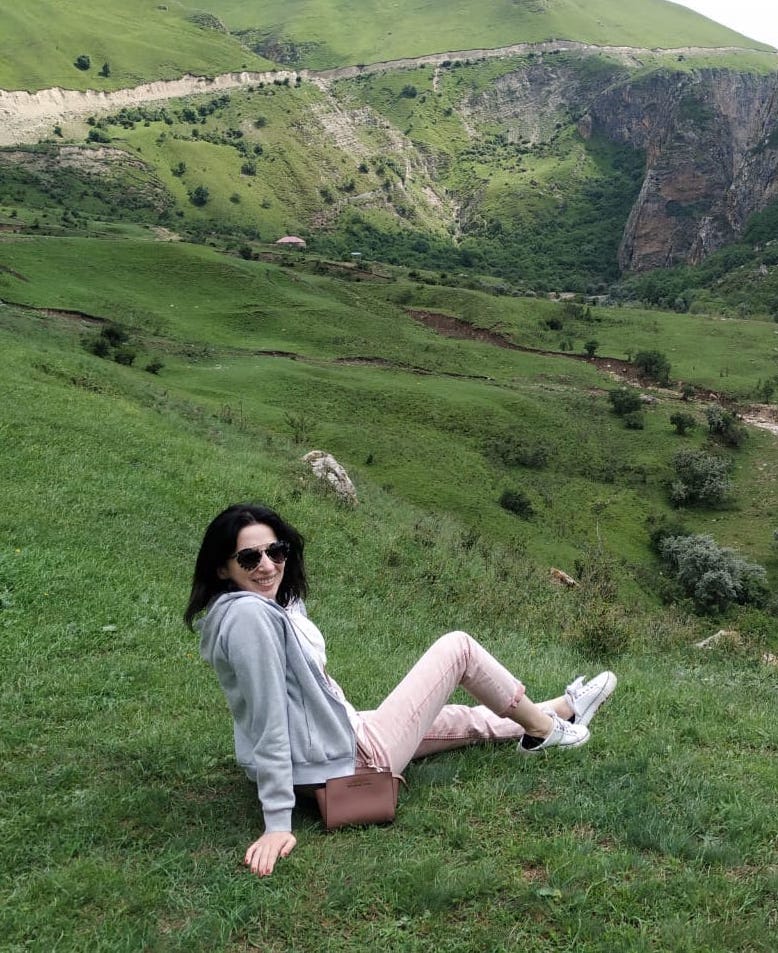 Our friendly and enthusiastic guide Natalia Golumb has traveling and food as her biggest passions in life. She is excited to take like-minded individuals on eye-opening cuisine and culture tours across Azerbaijan. A graduate of Baku’s renowned Oil Academy with a degree in Economics, Natalia worked her way up as an International Relations expert in the banking industry, before taking a leap of faith into the world of food. She discovered the beauty of this path after traveling extensively in her native Azerbaijan and Europe.

Once she made up her mind, it didn’t take Natalia long to enroll in a local culinary school and to graduate with a chef’s diploma. That’s when she became active in the country’s ever-developing culinary field. Natalia's ardent passion for the art of food shows explicitly in her debut book Metbex Couture, which explores the contemporary gastronomic scene of Azerbaijan.

As an explorer of conscious eating, Natalia likes to research and understand ingredients and she sources organic products from Azerbaijan's countryside to make them accessible to city dwellers. She believes that food is the alchemy of love, and cooking can influence the emotions, physical, and spiritual wellbeing of people. Natalia speaks fluent English, Russian, and Azerbaijani. In her spare time, she enjoys drawing and painting. 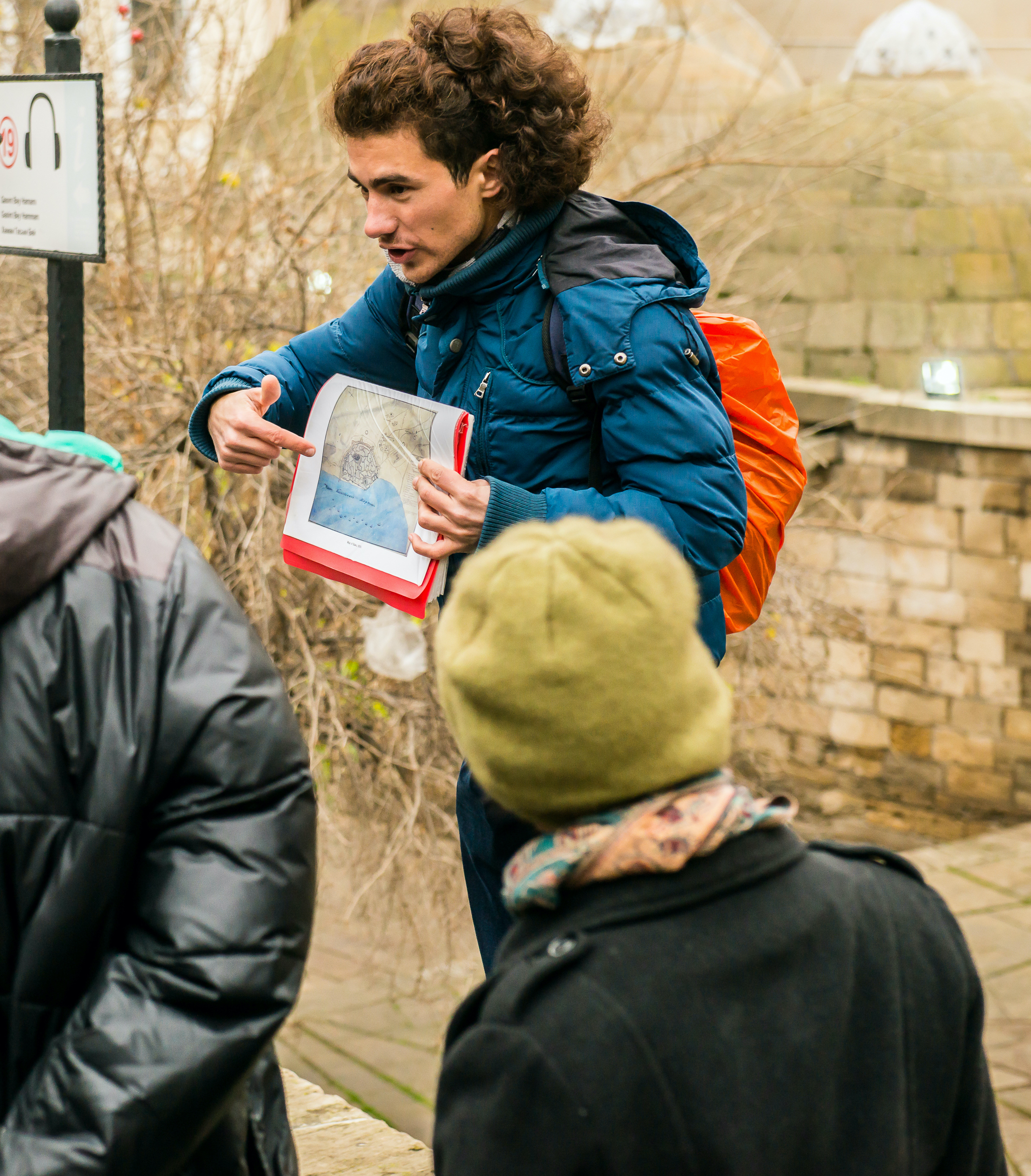 Baku’s rich history and architecture come alive with Gani, who has been instrumental in leading our Old City and downtown tours since 2018. His expertise and energy make him an invaluable asset to our team.

Gani was born in Azerbaijan’s Imishli region but grew up in Baku. He studied international relations at Baku’s Qafqaz (Caucasus) University and European Union-Russian relations at the University of Tartu in Estonia. He credits his alma maters for his knowledge of the geography, society, and politics of Azerbaijan and the Caucasus region. During two years as an assistant to general manager and translator at Gedebey Mine in western Azerbaijan, Gani became fascinated by the hidden and overt beauty and the rich culture of the region. This sparked his enthusiasm to explore the rest of the country and, fueled by a passion for travel, Gani became a professional tour guide in 2016.

Gani is a full-fledged travel blogger and his work has appeared in various local and international publications, including Visions of Azerbaijan Magazine and CNN Travel. Gani speaks Azerbaijani and English and is in the process of learning Russian and French. His interests include researching local stories such as urban legends and myths, food, culture, and architecture. Gani is also a soccer player with Baku's Bayil Rovers in Amateur League.

This website uses cookies to improve your experience while you navigate through the website. Out of these cookies, the cookies that are categorized as necessary are stored on your browser as they are essential for the working of basic functionalities of the website. We also use third-party cookies that help us analyze and understand how you use this website. These cookies will be stored in your browser only with your consent. You also have the option to opt-out of these cookies. But opting out of some of these cookies may have an effect on your browsing experience.
Necessary Always Enabled
Necessary cookies are absolutely essential for the website to function properly. This category only includes cookies that ensures basic functionalities and security features of the website. These cookies do not store any personal information.
Non-necessary
Any cookies that may not be particularly necessary for the website to function and is used specifically to collect user personal data via analytics, ads, other embedded contents are termed as non-necessary cookies. It is mandatory to procure user consent prior to running these cookies on your website.
SAVE & ACCEPT

Unique, expert-led food & culture tours through the heart of the Caucasus!